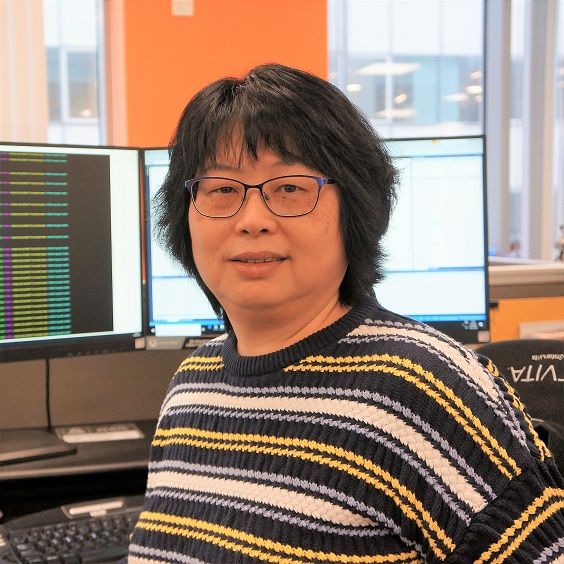 The Program Repository (or Program Repo) is a research project studying the benefits of changing the build workflow to store object data in a database instead of object files. It aims to eliminate duplicated work from the compilation process, enable incremental compilation, and to minimize the work that must be performed by the linker. Here we present build times for self hosting LLVM with standard ELF object files and with a Program Repo. The Program Repo integrates into the compiler to improve middle- and back-end optimization time and should be complementary to C++ modules. The implementation in LLVM is illustrated in Figure 1. It consists of a couple of additional passes in the middle-end and a new ObjectWriter in the back-end.

To show the advantage of the Program Repository, I am going to compare the build times of the open source LLVM codebase using a Program Repository against the traditional method.  The process for building LLVM with the Repo compiler is documented here.

This comparison was run with the following:

At the time of writing this blog, we do not yet have a Program Repo-aware linker.  We use an intermediary program (repo2obj) to generate ELF object files from the Program Repo for linking. As such, this only measures the compile time benefits of the Program Repo. 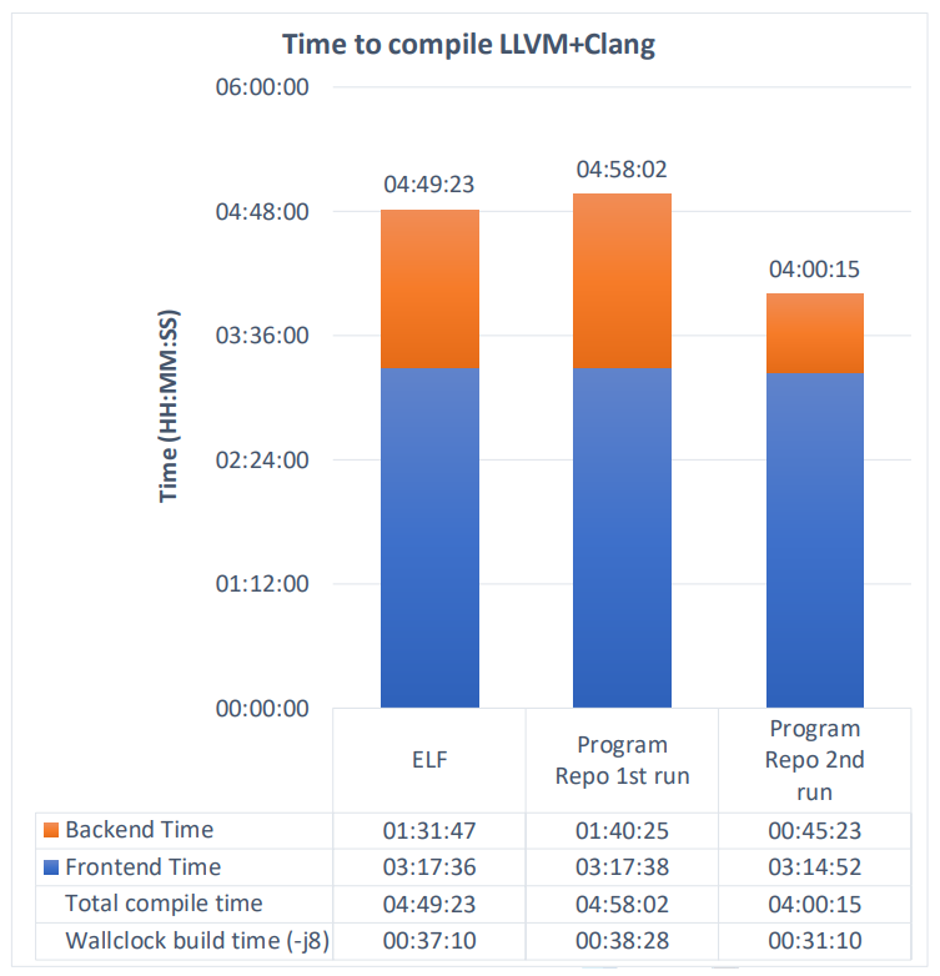 As an example of how this works, and the benefit, Figure 3 shows -ftime-trace output compiling X86ISelLowering.cpp for ELF file format (one of the longest files to compile in LLVM) and Figure 4 shows the equivalent trace using the Program Repo. The program repo compiler hashes each object in the pass “RepoMetadataGeneration” (marked 1 in Figure 4). A following pass “RepoPruning” prunes objects by marking them as “available externally” linkage type if they have already been compiled by the Program Repo. A later pass, “Eliminate Available Externally Globals” (marked 2 in Figure 4), removes functions which have been pruned earlier.  Most of the remaining back-end time is spent in “CallGraph Pass Manager” (marked 3 in Figure 4) which is earlier in the optimization pipeline than “Eliminate Available Externally Globals”. This is a target for further performance improvement.

These are very early performance results which demonstrate the Program Repo building a working LLVM compiler with reduced compile times. Using the Program Repo reduces compiler back-end time by about half for a previously seen build. We believe that this could be improved further. In addition to improving compile time, the Program Repo is designed to move work from the linker to the compiler wherever possible, so it can be done in parallel or distributed. For example, string de-duplication can represent as much as 30% of a traditional linker’s execution time. With the Program Repo, this is done at compile-time, so we anticipate a Program Repo linker to be significantly faster than one consuming traditional object files